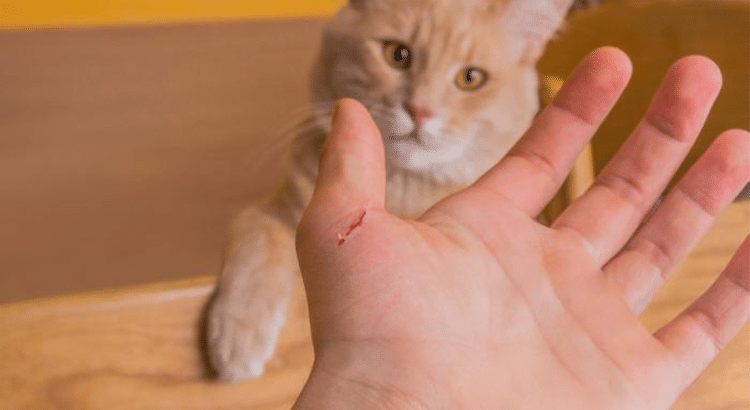 The Centers for Disease Control and Prevention (CDC) estimates that 12,000 people will be diagnosed with cat scratch fever, and 500 people will be hospitalized in the U.S. each year. Cat scratch disease is caused by a bacterial infection occurring after being scratched by a domestic or feral cat.

How is Cat Scratch Fever transmitted?

People become infected with cat scratch fever by either:

How do cats become infected?

Bartonella infects cats through flea bites, fighting with other infected cats or the bacteria is carried through a blood transfusion. This disease can also be transmitted through body lice or sand flies.

Who is at risk for CDF?

People with a compromised immune system are more at risk, including people who are pregnant or who are living with:

How long does it take for cat scratch fever to show up?

An infection at the site of the scratch usually shows up between three and ten days after exposure. This can be from a bump or blisters. Within several days or weeks, swollen lymph nodes may pop up around the head, neck and upper limbs.

The use of oral or topical flea prevention medications can be used when deemed safe for cats and used according to the directions. An indoor lifestyle can prevent transmission and reduce the risk of flea infestation. Avoiding rough play with cats, especially kittens, can reduce the risk of being scratched and decrease the risk of developing cat scratch fever.

Treatment of CSF in Cats

Antibiotics can be administered for treatment of Bartonella including doxycycline, amoxicillin, enrofloxacin, and rifampin. There are currently no vaccines available against Bartonella according to the CDC.

Treatment of CSF in Humans

After an initial cat scratch, it is important to reduce the risk of a bacterial infection by washing the scratch with soap and water. While cat scratch fever rarely becomes a serious issue in humans, visible skin signs will go away within three weeks and lymph node swelling will go away within four months without treatment. Medications can be administered to control pain and fever, along with antibiotics. Heat compresses can be used and, in extreme cases, lymph nodes can be drained or removed.

Cat scratch fever should not be confused with toxoplasmosis, which is a much more serious disease, especially for pregnant women. This disease is spread from cat feces, ex. cleaning the litter box.

If you feel like your pet has cat scratch fever, you can receive professional information about the steps to take to protect yourself and your pets. Our Pin Paws Plus membership provides access to veterinarian advice via phone, text, chat or video for all pets in the home. Click here for more information: Pin Paws Plus.

About the Author: Daphyne Lovejoy

Daphyne Lovejoy has been the Content Curator for Pin Paws since 2017. She is the proud fur-momma of four dogs and has volunteered for animals rescues, promoting health and quality of life for our furry friends. Her blog is packed full of useful tips and ideas fueled by her passion to help pet parents answer those fun, quirky and challenging questions.

This website or its third-party tools process personal data (e.g. browsing data or IP addresses) and use cookies or other identifiers, which are necessary for its functioning and required to achieve the purposes illustrated in the cookie policy. You accept the use of cookies or other identifiers by closing or dismissing this notice, by clicking a link or button or by continuing to browse otherwise. Ok